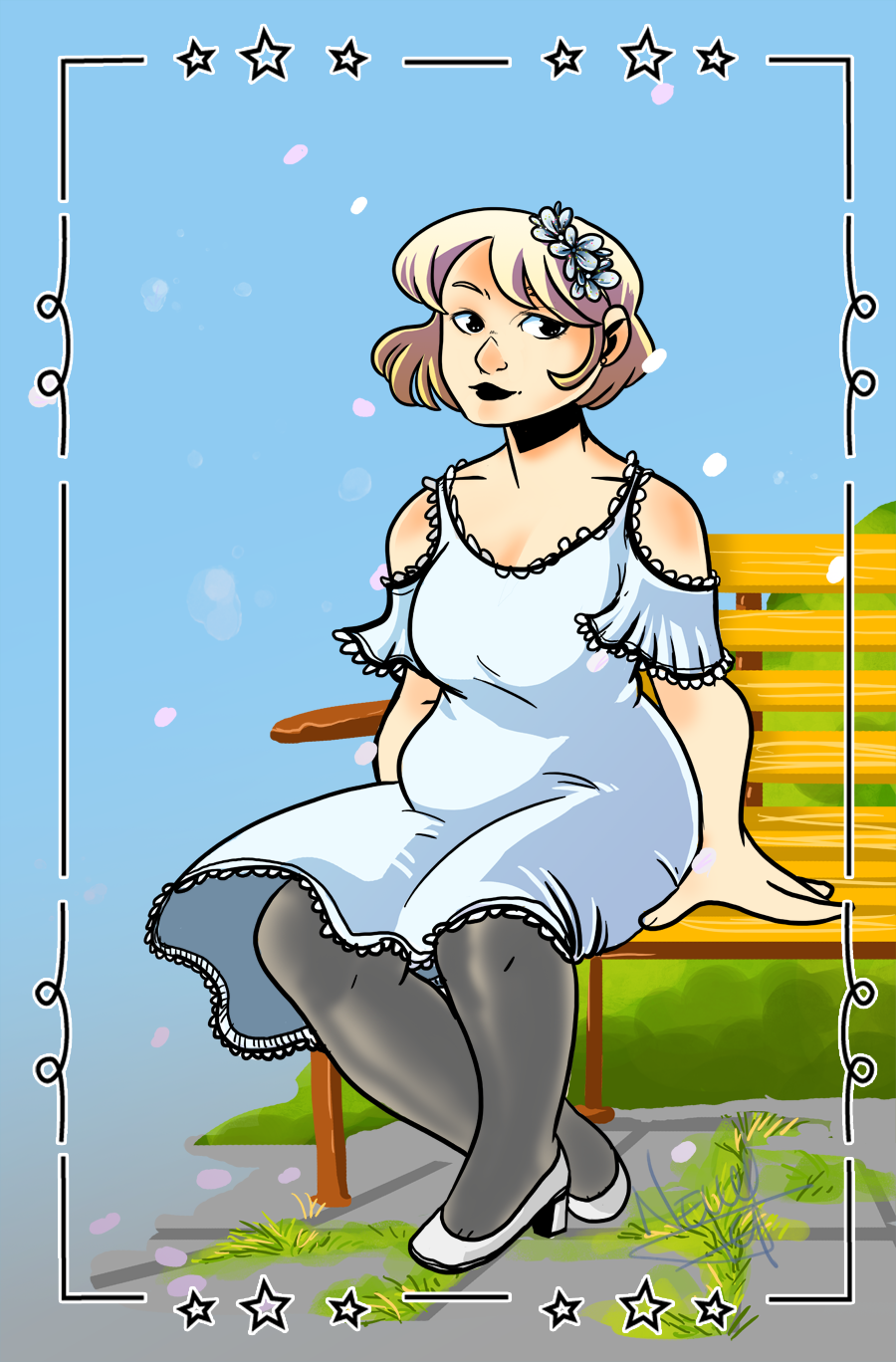 Welcome back! The comic will resume on the ninth. Moving to a new apartment and coping with deadlines and vet appointments turned out to be quite a lot. But luckily, fellow comic artist Nelly provided a guest art to place in between chapters!

Sara is a new kind of character in my crew, and I’m starting to get really fond of her. So it was just lovely to see her be the first one to get drawn by other artists (She also got a fanart during the holidays, right now available to view on our twitter). I love how Nelly captured her summer dress and laid back hipster style. She looks content and calm, as she deserves. <3 Also, it’s funny to see an outfit you never yourself imagined in colour and upon viewing it feeling “yes, that’s exactly right”

Nelly draws a lot of comics, a lot. She just launched and founded a Kickstarter for her latest book containing her webcomic Out of the ordinary and in Sweden she also released the book Polarnatt on Epix. Most of her comics are in English, drawn with ink and colour and a touch of Swedish folklore.

The cover of Chapter 04 will be released this Thursday. The chapter itself is over twenty pages so it will be there almost the entire summer. It’s focusing a bit more on Tilde this time and will (since it’s taking place during the Swedish October) be filled with shadows and darkness. Personally I like spooky stuff during summer, so I hope you will too ^_^